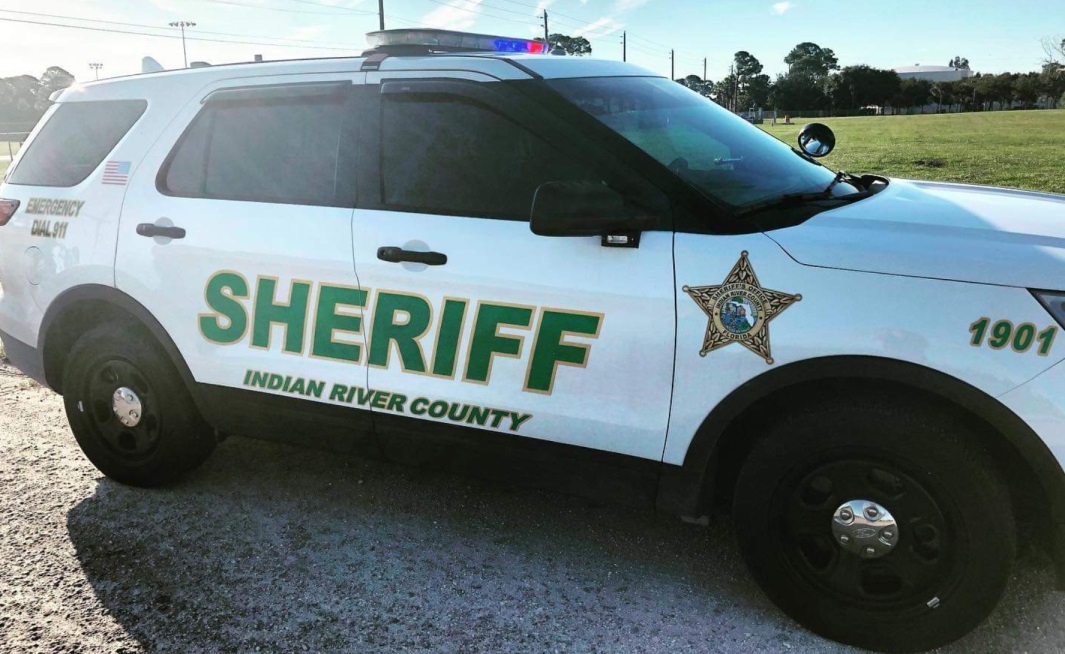 Road Patrol Division currently works a 4 day on 3 day off schedule. There are 4 shifts per day. The first shift is 0600-1600 hours, the second shift is 1000-2000 hours, the third shift is 1600-0200 hours and the fourth shift is 2000-0600 hours. This schedule was specifically designed to provide the citizens of Indian River County the maximum amount of deputies working during the highest call volume times. Road Patrol deputies are equipped with a .45 caliber duty pistol, a .223 patrol rifle, a shotgun, a taser, pepper spray and a baton. Road Patrol Deputies are issued either a Chevrolet Tahoe, Ford Explorer or Dodge Charger based on their job assignment.

Road Patrol Division is where all newly hired deputies start their law enforcement career at the Indian River County Sheriff's Office. After gaining valuable experience in the Road Patrol Division, many deputies choose to go into specialized career paths such as detective, CSI, canine, traffic, aviation, SRO and agricultural / marine.

Interested in a career as a Law Enforcement Deputy?

Fill out our application by clicking here. We offer a competitive salary, great benefits, 184 hours of vacation time and 96 hours of sick time per year and access to a state of the art fitness facility open to employees and their immediate family at no cost.

The Indian River County Sheriff's Office Special Weapons and Tactics team was established in 1984 and is currently staffed with 20 deputies. The SWAT team is issued state of the art equipment to include an armored vehicle and drones. The SWAT team conducts a variety of missions such as high risk search warrant service, high risk arrest warrant service, barricaded subject calls, dignitary protection and special event over watch.The Indian River County Sheriff's Office Crisis Negotiation Team was also established in 1984 and is staffed with 10 deputies. It is also a part of the SWAT team and responds to all SWAT team callouts in reference to barricaded subjects and hostages. The Crisis Negotiation Team’s goal is a peaceful resolution to the incident via communications.

The Indian River County Sheriff’s Office understands that training is a vital and critical component to the success of the agency and the safety of its deputies. The Training Unit is comprised of full-time certified instructors, a team of certified adjunct instructors, and a staff assistant.

The Indian River County Sheriff’s Office understands that training is a vital and critical component to the success of the agency and the safety of its deputies. The Training Unit is comprised of full-time certified instructors, a team of certified adjunct instructors, and a staff assistant.

Deputies are trained through the traditional classroom setting, online training, and several field locations that provide practical and scenario based applications that are consistent with the daily operations and duties of law enforcement. In addition to meeting the qualification requirements set by the state, we routinely exceed those standards with quarterly firearms training that consists of a variety of static and dynamic drills that sharpen the skills of each deputy. Our agency provides progressive defensive tactics training supported by a hands-on approach in addition to less-lethal options to include TASER, OC spray, expandable baton and pepper ball launcher. Other training considerations include active shooter, ballistic shield, force on force, pursuit and stop stick.

Because the significance of training is paramount, we continuously seek updated information, strategies, techniques, and equipment that will aid each deputy with the confidence to safely serve and protect the citizens of Indian River County. 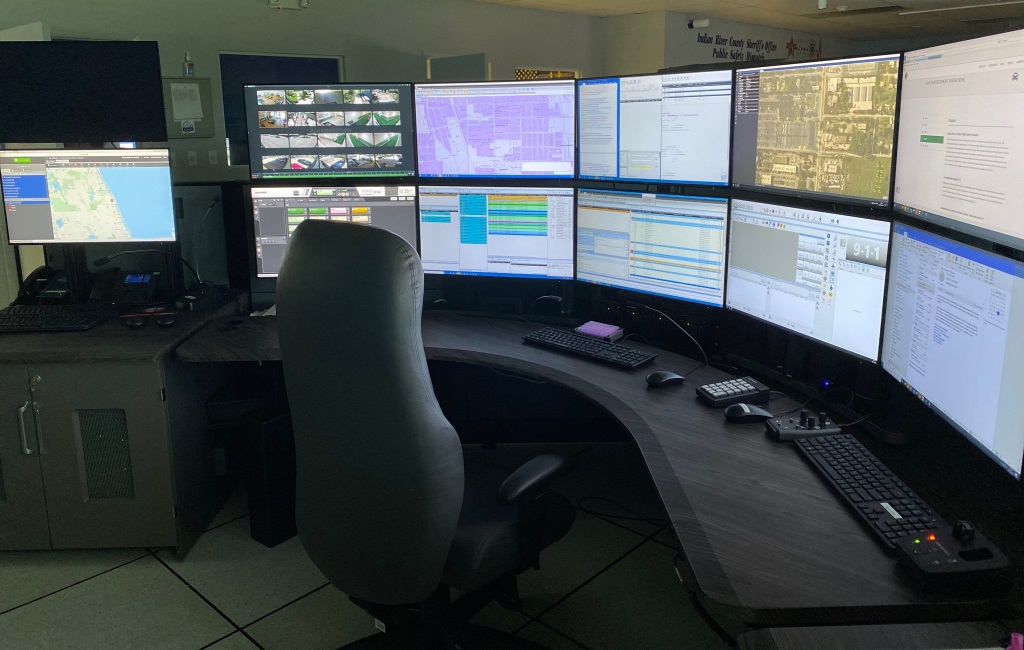 The 911 Communications Center is the first point of contact for emergency services in Indian River County. The Communications Center is staffed 24 hours a day 365 days a year by highly trained, state certified Telecommunicatiors who take pride in the high expectations set forth by this agency. We are trained in Emergency Medical Dispatch and have received accreditation through the Commission on Accredited Law Enforcement Association (CALEA). We handle approximately 283,000 calls for service a year and dispatch law enforcement calls in the unincorporated areas of Indian River County, the Town of Indian River Shores, and the City of Fellsmere together with Fire and EMS calls for the entire county. Indian River County comprises an area of 617 square miles with a population of 157,413.

Things happen, children play with phones, you accidentally press the wrong button and the next thing you know you see that you’ve dialed 911…don’t hang up! Please just stay on the line and simply let us know it was a mistake. We may ask you to verify some information, but it will only take seconds. If you hang up we will attempt to call you back AND attempt to locate you, sending a deputy to your location to make contact with you.

Interested in a career as a Public Safety Telecommunicator?

Fill out our application by clicking here. After it’s reviewed and you pass some basic initial testing we will invite you in to do an observation. You’ll get to come sit and listen with us and see what it’s really like to be the first of the first responders! You will spend 2 hours during the day and 2 hours in the evening listening to live calls and dispatching of police, fire, and medical calls and see if you think it’s a good fit for you. We offer a competitive salary, great benefits, 184 hours of vacation time and 96 hours of sick time per year and access to a state of the art fitness facility open to employees and their immediate family at no cost. 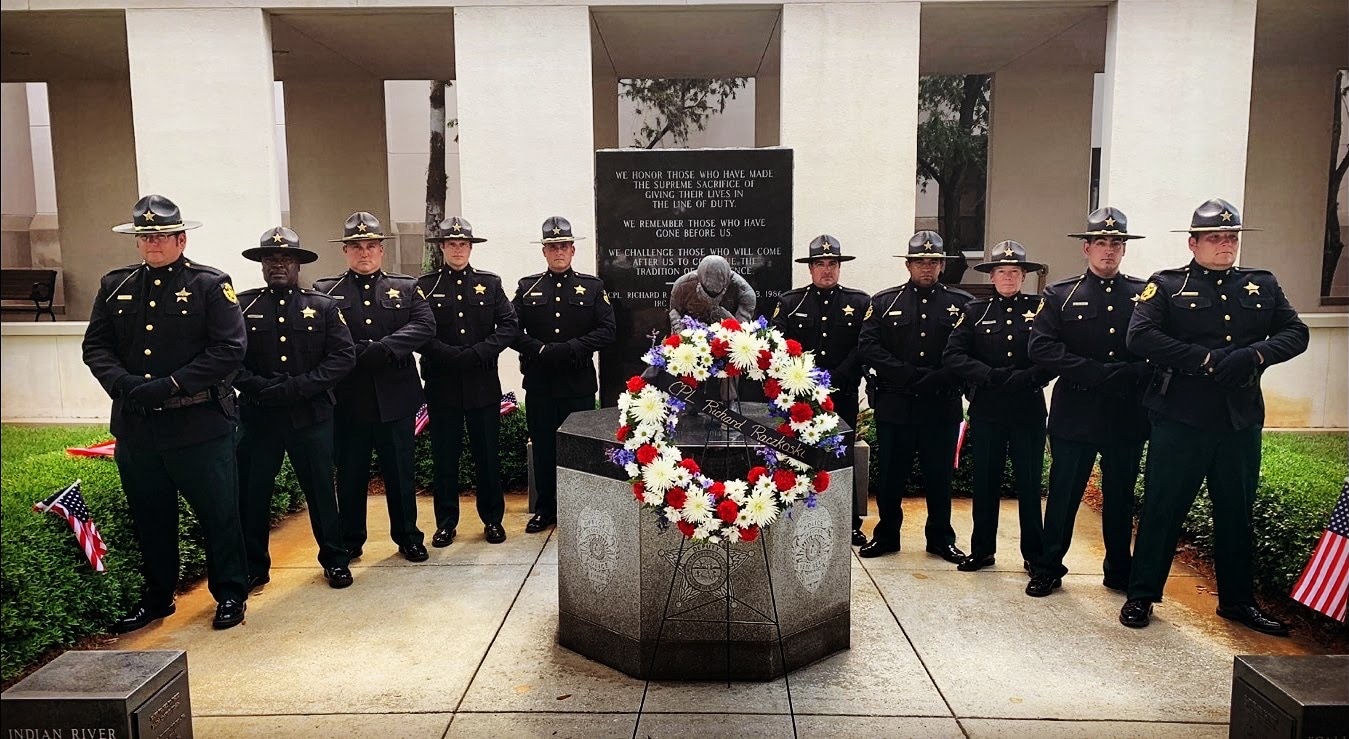 The Indian River County Sheriff’s Office’s Honor Guard consists of both Law Enforcement and Corrections members. The mission of the Honor Guard is to honor fallen officers and deputies as well as a uniformed representation of the Sheriff’s Office at large public events. The Honor Guard travels to nearly all Line of Duty deaths in the State of Florida, as well as polarizing events out of state, such as the Dallas Massacre funerals in 2018.

The Honor Guard maintains a strong relationship with the Indian River County Veteran’s Council. The Honor Guard participates in events such as Memorial Day, Veteran’s Day, Patriot Day, a Silver Star award ceremony, and Veteran Funeral honors. The Honor Guard had the privilege of conducting a ramp ceremony in 2018 at the Orlando Melbourne International Airport were they welcomed home a fallen Active Duty Serviceman. The Honor Guard then escorted him to his hometown along with his family and ultimately to his final resting place.

The Honor Guard takes pride in the sacrifice and service to those who give their life for our freedom and the mission is to pay them the highest respect possible. This mission is embodied by the mantra “It’s about something bigger than us”.